The Bible likes to use many metaphors to describe what life is like for Christians who are living in this fallen world. Ever since Eden it has been a struggle.

We have images of a road or path, a house built on sand and rock, a journey through the desert, and my personal favorite... war.

Because in my experience, when the Bible uses the metaphor of a battle it is the closest idea of a virtual reality.

We are fighting. Daily. Hourly. Every minute.

With every choice we make we are either attacking the kingdom of Satan or retreating.
Paul wrote this to the church in Ephesus,

A final word: Be strong in the Lord and in his mighty power. Put on all of God’s armor so that you will be able to stand firm against all strategies of the devil. For we are not fighting against flesh-and-blood enemies, but against evil rulers and authorities of the unseen world, against mighty powers in this dark world, and against evil spirits in the heavenly places. Therefore, put on every piece of God’s armor so you will be able to resist the enemy in the time of evil. Then after the battle you will still be standing firm.

Paul understood our lives to be a battlefield, one in which we need the help of God to get through, but God does not leave us hopeless, instead he gives us Himself, He gives us truth to cling to and use as weapons. He gives us armor.

Tony Anderson of Unearthed Pictures once painted this image into my mind...

You’re standing in an open field, it's rocky ground with a few bumps and hills.
It’s dark and damp.
Rain clouds are looming.
Cold wind is whipping across your face.
The stench of death fills the air.


You're on a battlefield.


As you walk around you see remnants of things that remind you of decisions you have made in your life. The field is soaked in blood and bodies. As you look closer you notice that the fallen enemy soldiers look...

You realize that... corpses of demons are all around you.

You can hear the sounds of armor and weapons colliding…sparks are flying. Eerie. Bone chilling screams pierce your ears. You swivel around to attempt to get a grasp on where you are.

Men and women that you recognize are rushing toward the other side of the field, where there
remains more dark shadows and black clouds. Their bows are out, swords sharpened, helmets lowered, shields on their backs – spears aligned…ready to throw.

They are ready for another battle.

They’re calling for you to join them. They’re rushing for the the front lines – and they’re unafraid. They know they’ve been given victory.

You see chiseled, powerful beings illuminated radiantly like glass…and they’re destroying shadows…gripping the throats of principalities and slitting them with iridescent blades.

(Too graphic? Well, that's the point.)

Paul wasn't afraid to make the realities of our struggle real with the Ephesian church. My hope for us today is that we won't forget the reality of our fight today. Arm yourself with the truth of God's word. Arm yourself with sound theology, with prayer, with time spent with God Our Savior.

Heed Paul's encouragement and exhortation: Be STRONG in the Lord and in His mighty power. 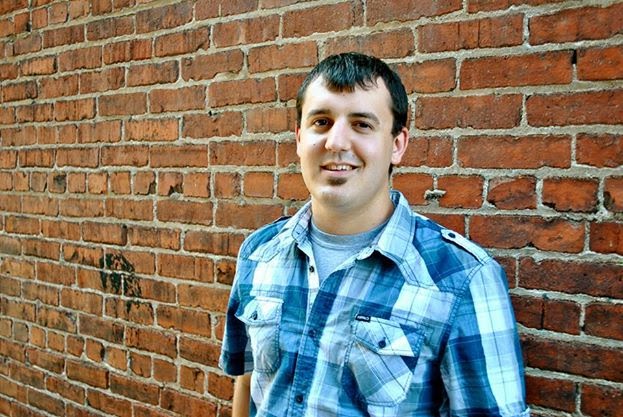 is a pastor living in Phoenix, AZ. As a student at Ozark Christian College in Joplin, Missouri he majored in Biblical Leadership, New Testament Studies, and Missiology. Nathan has a combined passion for unity and discipleship in the global church.