In the midst of a divided world it is hard to cling to things that bring us together, there seems to be less and less issues or beliefs that we can grasp at just to hold the facade of unity. This isn't just as members of the Human race but all the way down to our own neighborhoods.

It seems that anything and everything we can argue over or divide over... well, we do. Whether it is the political tension that seems to be growing and growing the closer we approach November 8th, the changes in the economy, the conflicts in the Middle East, whether we should allow power companies to monopolize solar energy (Yes, I'm looking at you Florida!), heck, we are even arguing over which service provider is best for our cell phones at an all time high. Sprint, Verizon... Can you hear ME now?

Perhaps for me to point a spotlight at the newest elephant in the room that seems to slide in every October, I would just be giving us another reason to argue... but alas, I'm going to do it anyway. 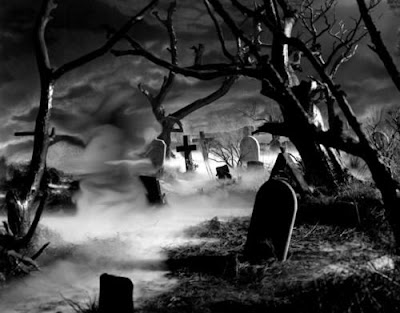 I have heard every side to this on how a Christian should respond to this day.

Once again we are thrust into this tension of Christian liberty vs Holiness.
We are sucked into the debate about what living in the world vs. being of the world looks like.
We are tossed to-and-fro between the rocking ship of active engagement vs passive protest.

I also understand that for many families, it is a matter of conscience. You don't feel comfortable celebrating a holiday that seems to worship the darkest things of our world... and the Spirit world.

Today -- it's not unusual to see a kid walking down the street with a knife in his head, fake blood all over his costume. You are bound to see a kid dressed as a ghost, fortune tellers, zombies, even the Grim Reaper.


So what should we, as Christians do in response?

Again, I understand the conscience argument and I in no way want to infringe on what you honestly believe God would have you do... but before you make that decision I hope you will come to understand how this holiday came about. From there, I hope we can all come to respect whatever decisions we come to make on this day.


You may be surprised to find out that Halloween was actually begun as a Christian festival.

Over the centuries, Halloween has not been about glorifying death. It's been more about respectfully remembering the dead and honoring that life is "hallowed" -- holy.

Before there was "Halloween", there was "All Hallows' Eve" -- and All Saints Day. For hundreds of years, before jack-o-lanterns and zombies and candy corn, Christians around the world have remembered the dead, the saints, the cloud of witnesses that have gone before us.

Halloween comes from the same root word as "hallowed" or "halo", meaning holy.

It was a time for families and churches to remember those who had passed into eternity that year... many of which because of martyrdom for the faith.

It was a celebration of thanksgiving. Long before the Pilgrims landed at Plymouth, there was All Hallows Eve. We gave thanks for the harvest and we gave thanks to God for the people He had put into our lives.


Halloween was made to honor people.

My Jesus can redeem anything. My Jesus wins. My Jesus is sacking and depleting the Kingdom of Satan... and He will not relent until ALL is His again.

Personally, I think that includes All Hallows Eve.

"God does not need your good works, but your neighbor does." -Martin Luther


Church, tonight your neighbors, those people who live mere feet from you, they with all their baggage, all their own joys, all their own hardships, their love of life, as well as their loneliness will traipse up to your door with their little princesses and power rangers and they will ring your doorbell.

If you're up for it... Go get some candy. Turn your light on. Have a conversation. You don't have to celebrate. You aren't condoning devil worship. You are actively loving your neighbor.

Love the people right around you. Right. Where. You. Live.

So, because I am in the redeeming business, and because I personally LOVE All Hallows Eve... I have some pretty fantastic stuff planned for tonight -- a place stunningly decorated with spooky fixtures. For my neighborhood kids, I'm firing up a grill in the middle of my driveway tonight and making S'mores and we'll be handing out gobs and gobs of candy.

But rather than revering the heroes of horror like Freddy Krueger and Michael Myers, it is a time we can celebrate the people we have admired, lost loved ones and the saints of old. So as we bob for apples, carve pumpkins, and eat lots of candy over the next few days… we'll also go deeper -- let's reclaim the holiday as a holy day.

Around here -- we don't need more gore and blood, and fear is enough of a national obsession. But there is something sweet about the way Halloween gives us permission to laugh at death, and stare fear in the face... after all, we know the dead can rise again. 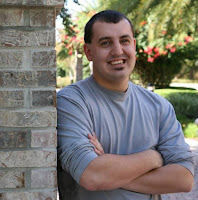 is a pastor in East Orlando, FL. He loves the outdoors, whether it is camping in the mountains or jumping through the waves at the beach, nothing is better than enjoying God’s creation. Nathan longs for unity and commitment to Jesus to be a defining element in the global church of his generation. 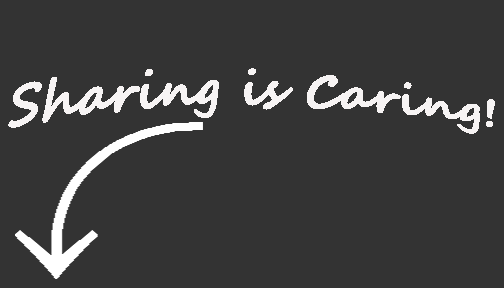 Posted by Unknown at 1:32 PM No comments:

Church, it is time we had a chat.


I realize that I will not make many friends by sharing this, but that’s ok in my book. Something has been brewing in my mind for some time now and I know that I am not alone.

It boils down to this idol of nationalism that we have all bowed down to for far too long. Now don’t get me wrong, I love my country. I take pride in being an American citizen and I have the utmost respect for those who have defended her and promoted our 240 year experiment.

But we have a problem.

The elephant (and donkey) in the room have gone unspoken about for too long.

I can’t go on any social media forum anymore without seeing some post from another Christian saying that we’re all doomed if so-and-so is elected. I understand that politics is an emotionally charged topic. It is a powerful topic. Politics has the power pull out the deepest philosophies and values we hold most dear as humans, as Americans, and as Christians. 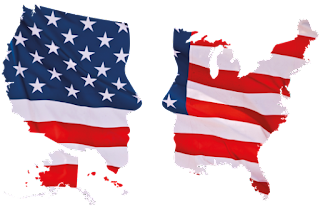 It also has the power to divide us instead of bring us together.

Both sides think the absolute worst will happen if the other side wins. There is absolutely no way to have any consensus. Gone are the days where the losing side took the loss in stride and went back to work for the people who elected them. Now? An election loss only fuels the bludgeoning and finger pointing.

It is now impossible to have an opinion on something without being thrown under the bus by others who feel they must comment. A Republican who points out the flaws of their candidate in a matter of seconds can get run over by a train of insults and charges of supporting the Democrats.

A Democrat who points out the flaws of their candidate is immediately outed as helping to elect a “demagogue” and is forced to hide from the ensuing witch hunt.


This isn’t CNN. This is Facebook.
This isn’t a banter between politicians. These are comments from Christians.

Most of American Christianity have tied their convictions into the political system. Making political power their hope and now God is smashing that idol before us while laying bare the blatant compromise.

God is not conflicted. He isn’t torn apart over this and he isn’t confused. He knows who will be the next President, and there is nothing you or I can do to surprise Him.

God isn’t on YOUR side either. He isn’t interested in being a Republican or a Democrat.

When I realized this I was reminded of a passage in the Old Testament.
God had given Joshua the command and the charge to lead the Israelites into the Promised Land. Through Moses, Joshua was commissioned take the land and settle it. Joshua knew His mission, He knew God was behind it, and He knew that God would lead them to victory. Yet, when facing Jericho, Joshua halted. That’s when the LORD appeared to him:

When Joshua was near the town of Jericho, he looked up and saw a man standing in front of him with sword in hand. Joshua went up to him and demanded, “Are you friend or foe?”
“Neither one,” he replied. “I am the commander of the LORD’s army.”


In other words, Joshua is asking this man, “Whose side are you on? My side? Or their side?” And he is given the reply, “Neither, I know who I am. The question is, who are you?”

Joshua then falls to his knees and submits to this Man.

Joshua needed his mind reoriented. This was never about him. This wasn’t even about Israel. It has always been about what God is doing in His universe. God does not HAVE a candidate. God is who He is. It isn’t about picking a side for Him. He is concerned only with His Glory, and He is most glorified when we are most satisfied in Him.

The hunch I get though is that the Church is not satisfied in Him much at all.

We’re preoccupied with little things that in comparison to the mission that God has given us are microscopic.


Church, stop being afraid of worldly powers. Your God is in perfect control.

Viewing political power as the solution to the world's problems is a devious form of worldliness to which Christians have been blind.
— Joshua Harris (@HarrisJosh) October 8, 2016

is a pastor in East Orlando, FL. He loves the outdoors, whether it is camping in the mountains or jumping through the waves at the beach, nothing is better than enjoying God’s creation. Nathan longs for unity and commitment to Jesus to be a defining element in the global church of his generation.