What Does Advent Mean?

Whatever you call it, there is no mistaking this time of year. Far from just a noticeable change in weather (though that’s a bit subjective in Florida), there is something going on around town and everyone seems to be getting involved. Music is playing (mostly a rehashing of the same 20 songs from the 1950’s), people are bustling about stores looking for particular gifts for friends and family, and all around churches and homes are setting up nativity scenes. Commercials focus on family, on men proposing to women with diamond rings, on Santa checking his list twice. TV stations run various “25 Days of Christmas” movie marathons.

Unless you live in a cave with no access to the outside world, there is no way to miss that this time of year universally holds a particular meaning.

But what about Advent? Why do we use that word and what does it mean? In terms of the word’s literal meaning, advent means “to come, to arrive” or “to come into being”. In the Catholic/Protestant sense, Advent refers to the longing of the Savior’s arrival, both His first and second coming. Advent hymns tend to deal with the longing of a coming Savior, someone to ransom and rescue Israel; they deal with expectancy, waiting for the long expected King to arrive and give rest to a weary nation.
At the close of the Old Testament, Israel was a remnant, a shadow of its former glory as a powerful nation. The temple had been destroyed, the nation torn down, and Israel divided among the nations. The books of Ezra, Nehemiah, Habakkuk, Haggai, Malachi, and Ezekiel talk about the remnant of Israel returning to rebuild the city walls and the Temple. Isaiah prophesies about a Savior who will come and rescue the people of God. The temple, though rebuilt, did not reflect its former glory and the old men wept. But God promised that something greater was on the way.

In the opening of the New Testament, things seem to be even worse. The concept of a nation of Israel was forgotten. The people of God were no longer Israelites; they were Jews under the authority of Rome. The people of God were desperate for peace and longed to be freed from a ruling nation. 400 years passed since the last prophet spoke a word from God. Did God forget about them? Did God not hear their cries? The silence was broken in the most profound way possible: a baby’s cry. God incarnate, He put on flesh and dwelt among us. The Savior had come to rescue Israel, to ransom God’s people back from the dead.

Today, the world is in disrepair. Tsunamis ravage the land leaving many dead and many more with nothing. Terrorists and dictators unleash torture on helpless communities and engage in social and ethnic disputes. Cancer and sickness steal loved ones too soon; divorce ravages households and leave innocent victims in the wake. Spend only a few minutes reading the news and you’ll see the world is in need of a savior. Already Christ has come and rescued God’s people, but not yet is the world fully redeemed. Creation cries out with labor pains waiting for the day of Christ’s return, waiting for the King to restore peace in His land.

During Advent, we celebrate that Christ has already come. But even more we wait for His return. 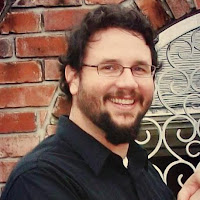 is a researcher for Wycliffe Bible Translators, a College Age/Young Adult Minister at River Run Christian Church, and a very talented musician (specifically drums and guitar). He enjoys reading, writing, researching, philosophy, apologetics, playing drums like a crazy man and sharing the person and work of Jesus with young adults. Brian is also a regular at Starbucks and uses his many talents to bring glory to his God and Savior Jesus Christ.